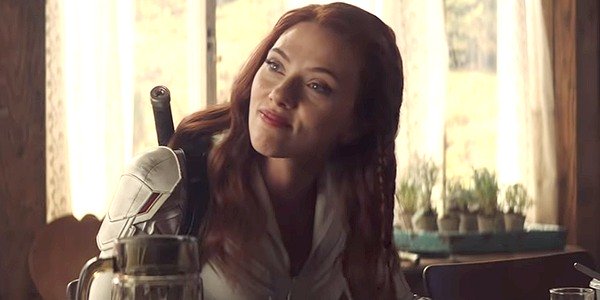 Since 2010, Natasha Romanoff/Black Widow (Scarlett Johansson) has been part of the Marvel Cinematic Universe (MCU). Now that we have entered a new decade, the Black Widow is getting her own solo movie.

(WARNING: The following content contains spoilers for those who haven’t seen the MCU movies.)

Not so long ago this trailer came out and it showed us what Natasha is up to. This takes place after the events of Captain America: Civil War. After helping Steve Rogers (Chris Evans) and going against the Sokovian Accords, she went on the run.

She goes back to her old stomping ground and revisits her “sister” Yelena Belova (Florence Pugh). After that short family reunion, Natasha now has to face her past and a new threat.

The Black Widow has been a big part of the MCU. She aided the Avengers in a fight against Loki (Tom Hiddleston), Ultron (James Spader) and even Thanos (Josh Brolin). The character was fierce, loyal and spunky (basically a fan favorite).

When we last left Natasha, she and Hawkeye (Jeremy Renner) journeyed to the planet Vormir in order to get the Soul Stone. Once there, she sacrificed herself in order to get the stone. Just when you thought we’ve seen the last of the Black Widow, we get a chance to see her in action again.

Although the Black Widow has been on the big screen for a long time, we have yet to see a story for her. The actress mentions some moments of how she came to be in the MCU, but it wasn’t much. In this upcoming movie we will get to learn more about the assassin.

“I feel like I’m in control of the destiny of this film, which gives me a lot more peace of mind,” Johansson said in comicbook.com. “I know her better than anybody. What was her childhood like? What is her relationship to figures of authority? This character is gritty and multi-dimensional but has a lot of trauma and has led an unexamined life. In order to operate at this elite level, she has probably had to push away a lot of stuff.”

For those who wish to see the Natasha one last time, Black Widow comes to theaters on May 1, 2020.