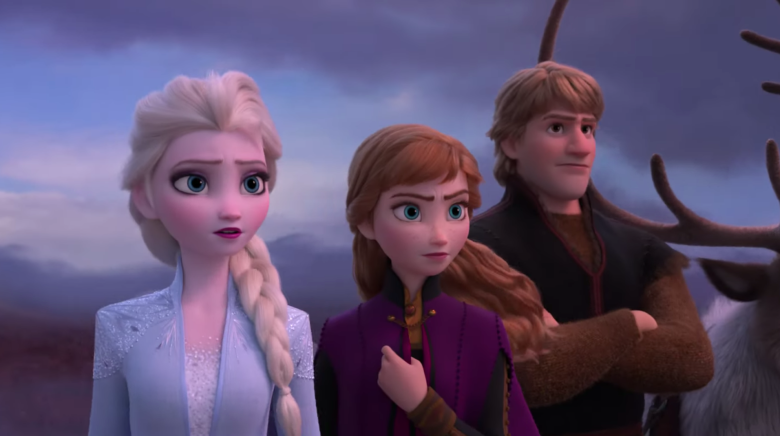 Sometimes people say, “Sequels are not as good as the original.” However, Frozen 2 is another example of why that statement is untrue.

The long awaited sequel to this popular Disney movie has arrived in theaters. Frozen came to us in 2013 and moviegoers became instant fans. The Oscar award-winning movie now has a sequel and it takes us on a boulder quest.

It takes place three years after the events of the previous film. Elsa (Idina Menzel) and Anna (Kristen Bell) are happy with their lives in Arendelle. Anna and Kristoff (Jonathan Groff) are still together and he plans to propose to his princess.

All of that started to change when Elsa started hearing a voice that only she could hear. Once she answered the call, the elemental spirits were awakened and caused trouble in the kingdom. After the people evacuated, Grand Pabbie (Ciarán Hinds) informs the girls that they have to venture into the Enchanted Forest in order to set things right.

The movie had many enticing qualities such as the visual effects, the songs and the characters. But the one thing that I particularly enjoyed was the storyline.

I got to witness two royal sisters going on a magical journey in order to save their kingdom. On their quest they had more danger to endure and more magic than just Elsa’s powers. Watching them save Arendelle from elemental spirits had me glued to my seat.

The music in the film also caught my attention. Idina Menzel continues to impress me with her voice. Once I heard “Into the Unknown” I was captivated. Even though “Let it Go” was an award-winning song, this track might be on the way to an award as well.

Menzel’s character Elsa also had me interested. In the last movie, Elsa was a scared queen who couldn’t control her powers. Now she’s a confident and fearless woman who tries to overcome her obstacles. Seeing the character’s development had me engaged all throughout the film.

Olaf (Josh Gad) had provided plenty of humor in the movie. One example was when Olaf was telling the life story of Anna and Elsa up until their current situation. Witnessing him play all of the characters and acting all of the tragic moments in the previous film had me chuckling.

Botton line, Frozen 2 is a must-see movie filled with humor, heart and action.

One Reply to “Frozen 2 lives up to the hype”